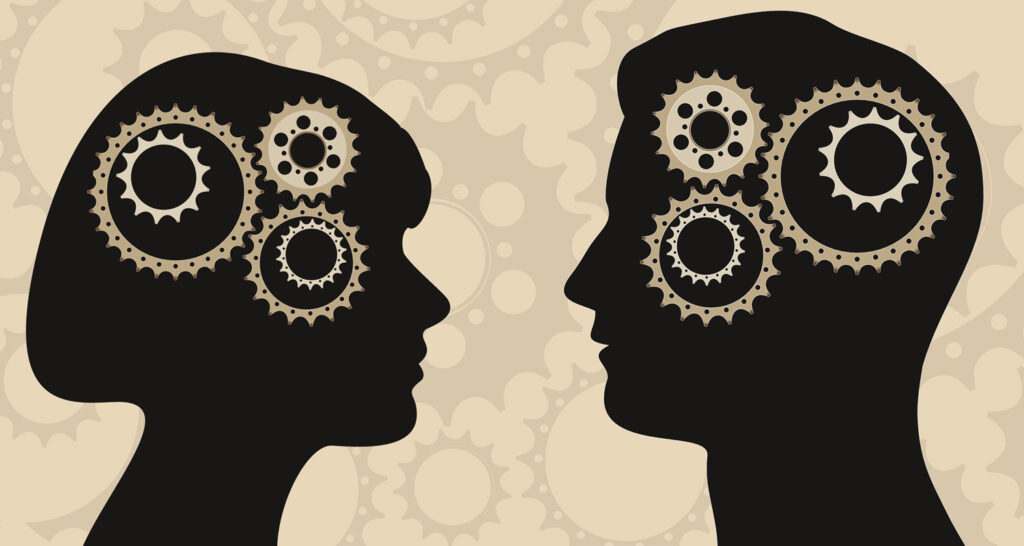 Everyone understands the distinction between male and female brains. One is talkative and apprehensive but never forgets or neglects others. The other is calmer, albeit more impetuous but can tune out talk to complete the task at hand. Although these are preconceptions, they wield a surprising influence on how genuine brain science is structured and perceived.

There’s no denying that males and females are physically, emotionally, and biologically distinct. But did you know that the distinctions between men and women do not end there? Since the invention of MRI, Neuroscientists have been searching for distinctions between men’s and women’s brains. This study has received a lot of interest since it is so simple to try to relate any single brain result to any gender difference in behavior.

Since the differences in the male’s and female’s brain size, their logical reasoning, perception, analysis, emotions, and sense of sound and space are distinct. Their brains differ fundamentally in chemistry, processing, activity, and structure. Here we have compiled a fascinating list of differences between male and female brains.

It’s evident that females are known for gossiping and complaining about everything. The reason might be that the female brain can’t classify or processes a specific problem. While men, on the contrary, can compartmentalize issues and solve each independently.

The parietal lobe is a region in the brain responsible for controlling vision, geometry, and math skills. Facts revealed that males have a bigger parietal lobe, indicating that men outperform women in math and arithmetic.

Since the male’s brain is larger than the female’s, the extra space in the male brain enables them to compartmentalize or examine a problem more effectively. For this reason, men are thought to have superior problem-solving and decision-making abilities. Female brains may be specialized for mixing analytical and intuitive thinking, whereas male brains may be optimized for motor abilities. Consequently, women are slightly less analytical than males.

It would be inaccurate to assume that males are more intellectual than females or vice versa, although there are some notable variations in male and female IQ. Female intelligence is often considered to be average. It doesn’t mean that they can’t be highly or lowly placed, but rather that a higher number of them fall within the average range. Men, on the other hand, tend to go toward the extremes.

In the list of differences between male and female brains, impulse control is a significant difference. Generally, men have more testosterone than women, which causes them to be more physically aggressive. Men, on the other hand, are less capable than women of managing their aggressive and furious impulses. It is due to male brains having a bigger amygdala than female brains. This amygdala has testosterone receptors, which stimulate responses, resulting in higher physical, aggressive outbursts and less control over them.

The brain produces a hormone known as oxytocin when a person is stressed. It triggers a variety of responses when paired with various gender hormones. It has a relaxing effect on females when paired with estrogen. However, when oxytocin is mixed with male testosterone, a violent, furious mood results, manifesting as females handle stress better than males.

Males have a bigger parietal lobe, which is also responsible for vision, giving them an edge in seeing and imagining things and pictures in 3D. It also assists them in visualizing from various perspectives.

Hot Valentine’s Day Gifts for Her

Should I Confess My Feelings To Her?