Body Language Of A Man Secretly In Love With You 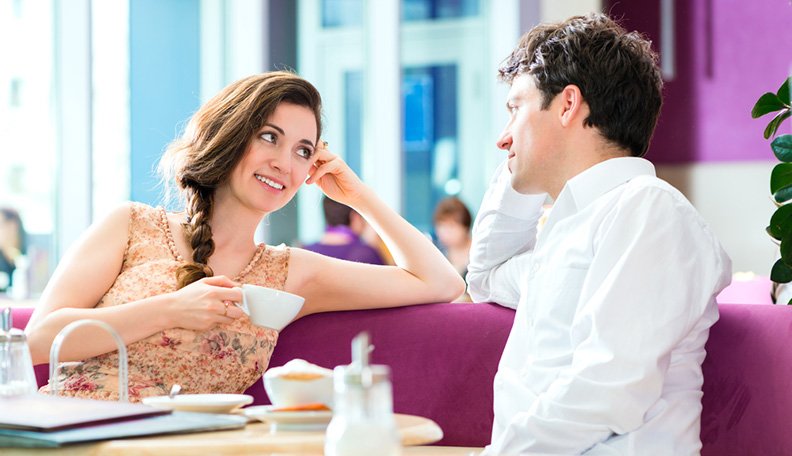 Are you getting mixed signals from a guy and wondering, “Is he attracted to you?” Then you might need to understand subtle signs of a body language of a man secretly in love with you. Guys sometimes find it challenging to express their true feeling verbally, leaving the women perplexed. One day it feels like they are completely into you, while other times, it seems like he’s completely ignoring you. We understand that being left in the dark can be intimidating, but don’t worry. If the person isn’t using those three magical words, his body language will give you telltale signs manifesting all that he’s feeling, even if he doesn’t know it yet.

Unconscious body language cues are incredibly telling, so if you pay great attention to his signals, you’ll be able to successfully decipher all of his thoughts. Here we have enlisted a few signs indicating what your bae is feeling.

Perhaps, you’re wondering how you can determine whether a guy is in love with you or not by just seeing his eyes. Yeah, you can tell! When a person is in love with you, he makes intense eye contact. Men usually look into the eyes of the women they admire. If he doesn’t take his eyes off you throughout the conversation and appears to be flirting with his eyes, it indicates the person is interested and wants to know more about you.

He Touches You Often:

While being close with a guy, does he place his hand on your arm? Does the person try to pat your hand or arm while talking? If the person touches you more often when you are with him in an inconspicuous and non-sexual manner, he genuinely loves you. Subtle touching may convey more striking messages than simple words.

You Make Him Smile:

When a person is in love with you, he will undoubtedly smile brighter during the conversation. Moreover, no matter how bad your joke is, he will smile. Brightly smiling is a non-verbal way of expressing that he’s happy to meet you. If a person truly loves you, he will smile and agree with you on whatever you say.

The person will hug you for longer than expected when you two meets, indicating he doesn’t want to let you go. It manifests that he cares about you and has more than friendship in his mind. You should consider that friend’s hug seldom lasts more than a few seconds. If a person hugs you for more time, he probably wants to be around you every time and loves meeting you.

Whenever you meet him, pay closer attention to his hands. When a person stands or sits around you, he may endeavor to look more approachable and attract you. However, if a person has crossed his arms or put his hands in his pockets, he is probably not interested in you or knowing you.

Another most evident signal to look out for is when he becomes protective of you. It’s so often that when men see their girlfriend or crush talking to another man, they try to interrupt a conversation or repeatedly ask multiple questions. Similarly, if your men get jealous or appears protective while seeing you talking to someone else, he probably doesn’t want you to flirt with other guys.

He Steals Your Words:

When a person is in love with you, he tries to match his tone with you and starts using phrases or words like you. These minute things indicate that the person thinks about you and listens to what you say to him.

Hot Valentine’s Day Gifts for Her

Should I Confess My Feelings To Her?